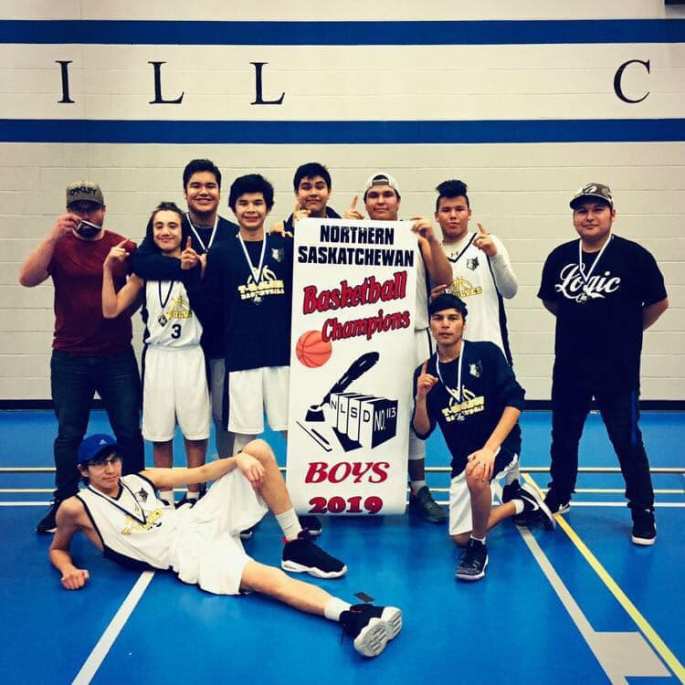 We are so proud of our boys for bringing home the ‘winning crown’ (banner to be specific) not just once or twice…but three times in a row!

Also opportune is to reflect upon a quote about our team from another victory last year:
“Sandy Bay was a really strong team and they’ve always been pretty good,” Churchill Chargers coach Derek Konga said. “Sandy Bay came out flying. They’re such a fast and aggressive team. There are so many good players who can shoot.”

“Let’s wish our team many more victories and successes ahead. They are, and always will be, a source of inspiration and pride to everyone, not just in Hector Thiboutot Community School, but also everyone in Sandy Bay. Many thanks also to the coach (Mr Aaron McCallum) and to Mr Eric Lewis for driving and supporting the team. Many thanks also to Northern Lights School Division 113 for doing everything possible to support this match,” says Mr Randy Mallory, Principal, Hector Thiboutot Community School.